Meet Baby Max! People’s June 11th issue has exclusive first photos and an interview of Jessica Simpson and her new baby Maxwell. Receiving this issue in the mail the other day reminded me of Jessica’s and my baby shower. Celebrity event planner Mindy Weiss planned a Charlotte’s Web themed shower for Jessica and her fiance. Her invitation was a Charlotte’s Web themed card with a white picket fence that opened to the wording. Guests indulged in Southern treats like fried chicken and mac and cheese. The party favors were lollipops tagged with the message: “Thanks for celebrating with the new mom & POP!” Since her fiance was present at the shower I thought this was a very clever idea.

Throughout college I babysat for a family with 5 children and became very close with them. When I told them I was expecting, the Mom, Susie, mentioned she wanted to host my baby shower in her home in Wilmington, NC. Since we were going to be surprised with what we were having, my shower was gender neutral. Susie had personalized cocktail napkins made with my name and date. The food was catered by Fresh Market. Flower and Flour made my cake and designed it to match my bedding. During my shower, we played several games and prizes were Lilly Pulitzer accessories. I was so excited when I was given a pretty pink bracelet that ironically matched my dress perfectly! Below are a few pictures from my shower. 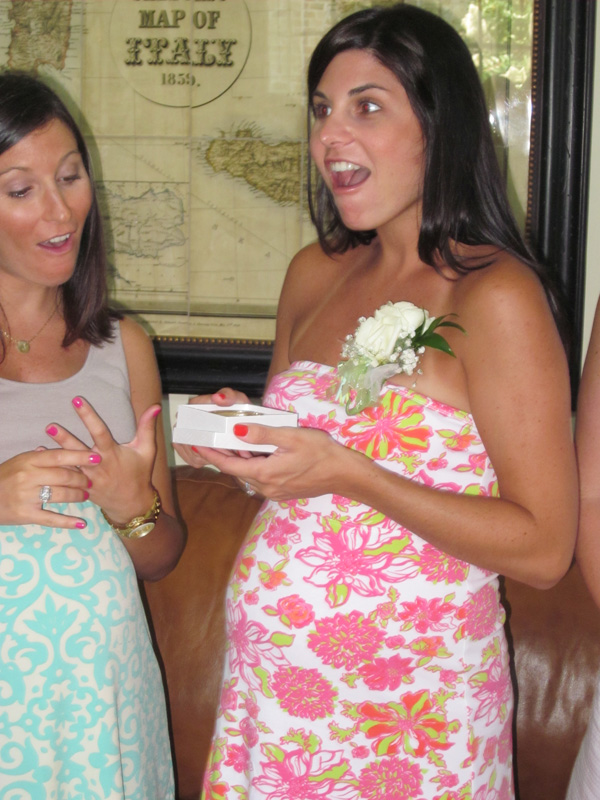 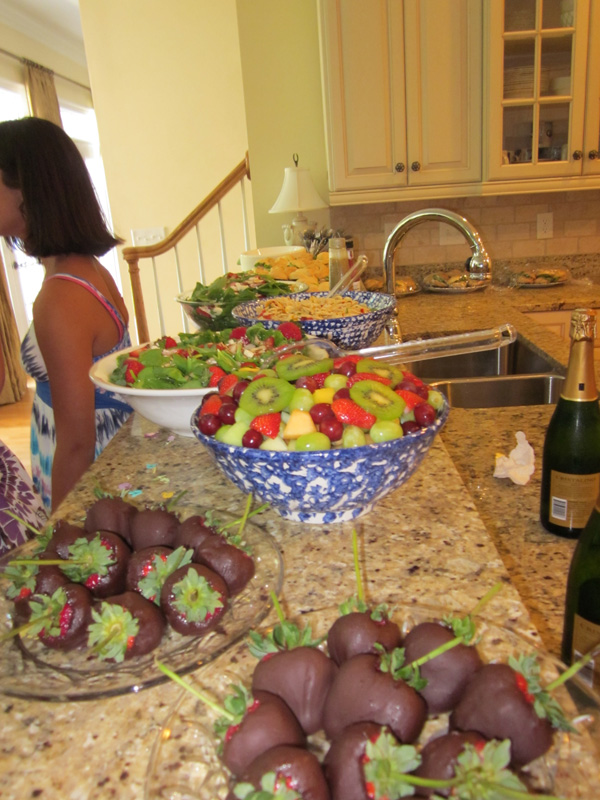 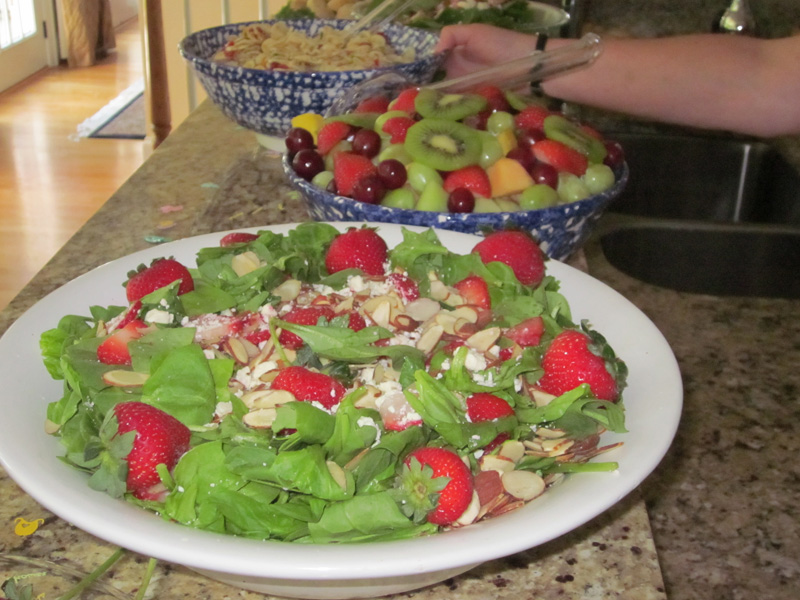 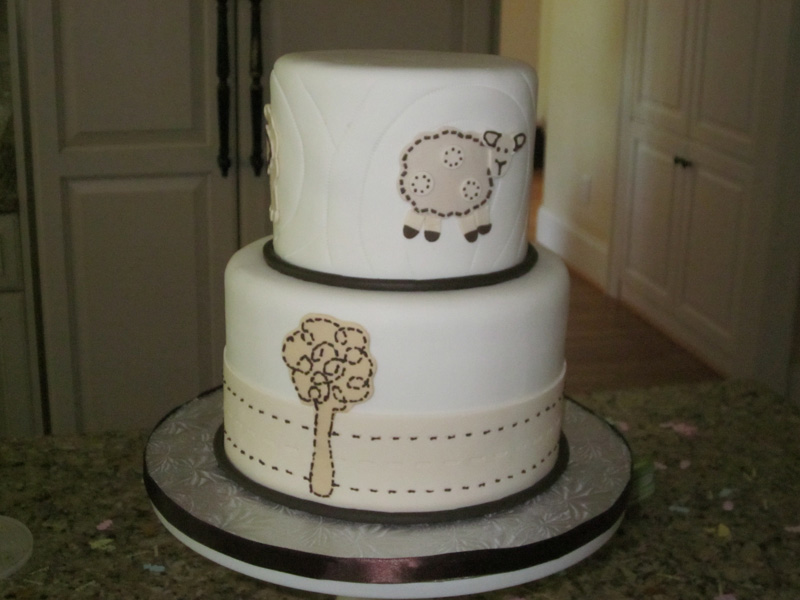 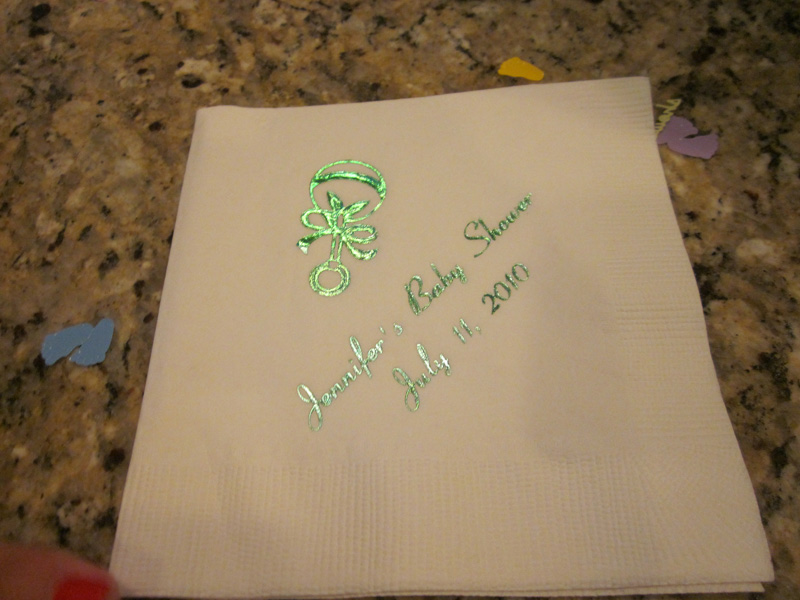